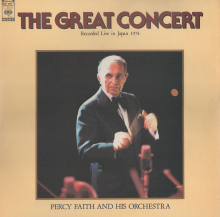 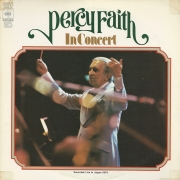 Special thanks to Minshu Ongaku Kyokai

Note: this album, released in 1977, is an expanded version of Percy Faith In Concert, whose cover appears on the right. It was released posthumously and includes all songs from the concert.

The orchestra and I enjoyed the experience of recording this concert "live" at Kosei Nenkin Hall in Tokyo on May 19, 1974.