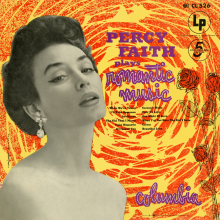 This album features previously released material. Tracks 1, 2, 4, 5, 7, 10 were originally released American Waltzes in 1951. Tracks 3, 6, 8, 9, 11, 12 were released as singles between 1950 and 1952 but appear on Lp for the first time on this album. There were three different Lp covers in the USA. The two alternate covers below are courtesy of Alan Bunting's discography: 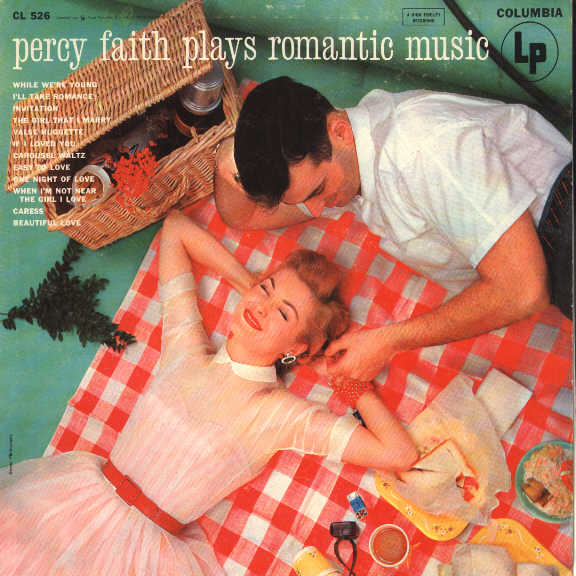 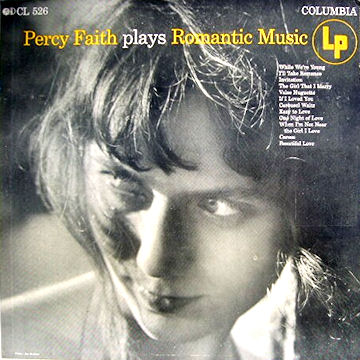 The music in this collection is some of the most romantic to be heard on records. Including a large selection of American waltzes by some of the country’s finest composers, together with other favorite compositions, it displays the superb talents as arranger and conductor of Percy Faith. In addition to his richly colorful treatments of these pieces, it also offers two selections featuring The Magic Voices, If I Loved You by Richard Rodgers, and Easy To Love by Cole Porter. In these expressive arrangements, the voices of a female choir are used as instruments in the orchestra, not to sing lyrics or carry the melody, but to add a new texture of sound.

The oldest of eight children, Percy Faith began studying the violin at the age of seven. Shortly thereafter an aunt gave him a fine piano, with which he immediately became fascinated. By the time he was ten, he had progressed to the point where he was able to present a double recital, playing alternate solos on the violin and the piano. However, his real love was the piano, and he concentrated on that instrument. During this highschool years, he found after-hours employment in a Toronto movie house, playing music to accompany silent films. Here he learned how to improvise and to ad-lib, to fit the mood of various scenes and to stretch out the music when his cue-sheets proved faulty.

Upon graduation from highschool, he joined an orchestra which played in and around Toronto. Suddenly, an offer came from Jack Arthur, a symphonic-orchestra conductor known as the “Paul Whiteman of Canada.” Impressed with Percy’s ability, Arthur lent him to a small band in the area, intending to place him in his own group after Percy had acquired more experience. However, Percy found work on several radio programs, and continued to study for concert work under such teachers as Frank Wellman of the Toronto Conservatory, and Louis Waizman. It was Waizman who recognized the Young musician’s talent for interpretive arranging, and convinced him that he should follow that technique.

By 1931, Faith was conducting his own orchestra – a small string group – on the air. He progressed through larger groups and in 1934 the Canadian Broadcasting System hired him as staff arranger and conductor. He was given a program called “Gaiety in Romance” that at once landed a sponsor, and continued with “Streamline” and “Music by Faith.” Early in 1940 he was offered the conductor’s post with the “Carnation Hour” in the United States, which he conducted until 1947, until he starred on “The Pause That Refreshes.” Shortly thereafter, he joined Columbia Records as a member of the Artists and Repertoire staff, and as a recording artist in his own right. Since that time his arrangements have been in constant demand, and he has been one of the leaders in the return of the instrumental number to favor. Such Faith hits as Delicado, The Song From Moulin Rouge and others have done much to re-establish instrumental music in a field long given over to vocalists. In this collection of romantic music, the reason for his success is easy to hear, and easier to still to enjoy. This is music in the true romantic manner: sumptuous, melodic and brimming with beautiful harmonies.