Home » Discography » Original Albums » Do I Hear A Waltz?

Do I Hear A Waltz? 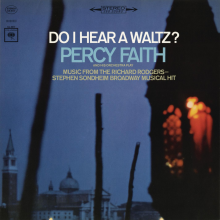 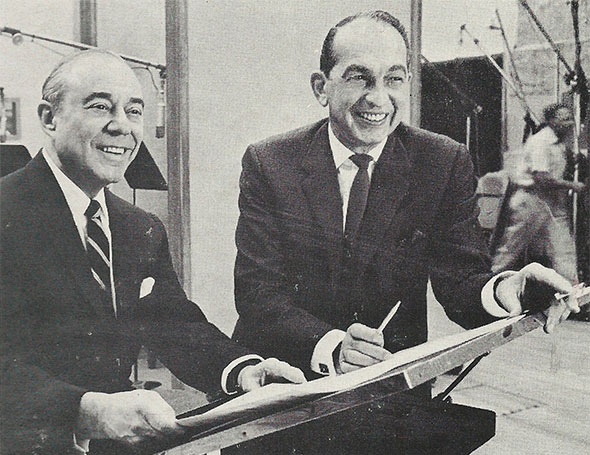 It was mid-January, but it was warm and sunny in Los Angeles the morning I boarded the plan bound for New York City and a meeting with Richard Rodgers. The weather would be cold there, but the mission would be a warm and thrilling experience for me. I was to hear the music for DO I HEAR A WALTZ?, a new Broadway show being prepared by Rodgers and his gifted lyricist, Stephen Sondheim.

The purpose of this early hearing? I was to record an instrumental version of songs from the up-coming musical, and the familiar pattern that would precede this special kind of recording was beginning to unfold.

First, there was the urgency. The show would soon be leaving New York for pre-Broadway out-of-town performances. Second, hearing the Rogers-Sondheim score in this early stage would provide a chance to experience the songs in their purest form with voice and piano accompaniment. Watching the action on stage in rehearsal, even without sets and costumes, would be helpful, of course; and it was a chance to hear and see all this at the show’s inception, before the score would be eagerly seized by dozens of recording vocalists and orchestras. In this way I would be able to capture the spirit of the songs and transfer it to the “voice” of the orchestra. This had been the method for my instrumental versions of “The Sound of Music,” “My Fair Lady,” “South Pacific,” “Kismet,” and many other orchestral albums.

And the music? I could scarcely wait to get back home and begin preparing these arrangements of Richard Rodgers’ great music for DO I HEAR A WALTZ?