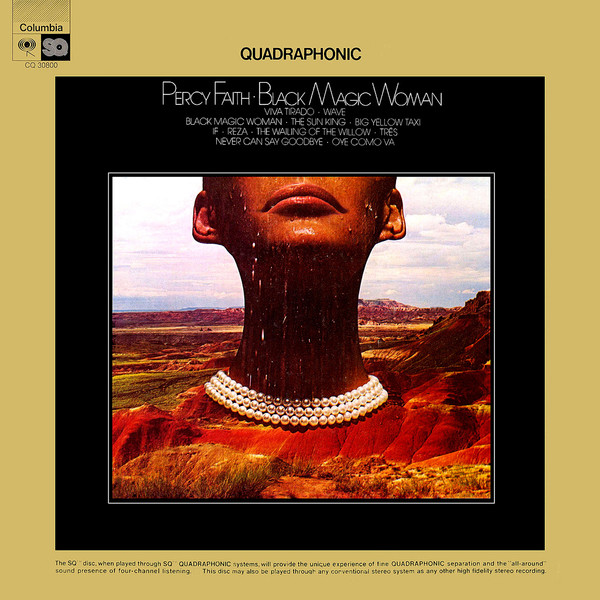 This is one of the most interesting albums in the Faith catalog and shows that he wasn't afraid to take risks. Hits by Joni Mitchell and Santata were likely outside the comfort zone of the typical Percy Faith fan but he strikes a balance between those and the "beautiful music" realm with songs by Bread and Antônio Carlos Jobim.

The original stereo mix, released in 1971, is good, but I find the strings were a bit too confined to center on a few tracks. Sony Music has published the stereo mix on YouTube.

The quadraphonic mix, released a year later, is outstanding! In 2019, Dutton Vocalion reissued a hybrid SACD featuring both the stereo and multichannel mixes.